How do your marketing efforts stack up?

There’s a lot going on for marketers right now.  The massive shift to digital marketing caused by the pandemic has led to more demands on marketing teams to create more emails and landing pages than ever before — but they’re having a hard time keeping up. The current labor shortage is making it increasingly difficult

If you have done any looping within Zapier you have most likely been frustrated by the 500 iteration limit imposed on the Zapier loop array action. Never fear this post will show you how you can loop to your heart’s content using nested looping in Zapier.

With the amount of data being collected and the number of tasks to be completed for this data increasing, the ability to iterate and perform actions for each row in a dataset is vitally important for the marketing operations lead. This post will show you how to use a Zapier loop action to loop through and update rows of a Google sheet to give you a solid foundation that you can then build upon in your own Zaps.

The Zapier loop through line items action is a godsend! For those of us who have been duct taping together ways to loop through Google Sheets in Zapier, this action finally simplifies the process of looping through line items. Now you can perform tasks in bulk for each row in your sheet easily and quickly so you can get back to the important stuff!

Have large amounts of data in Google Sheets that you need to loop through but you’re not sure what is the best way import the data and then act on it? Then you’ve come to the right place! This post will show you how to use Zapier to loop through arrays imported from Google Sheets so that you can carry out actions in bulk for each of the array values as shown in the flow diagram below.

I don’t know about you but it’s pretty crazy to me how a simple workflow or automation can make a drastic impact on someone’s day-to-day work. Something as simple as fixing a sync error between two systems or automating an email to be sent when an opportunity has been marked as “Closed Won.” Considering you 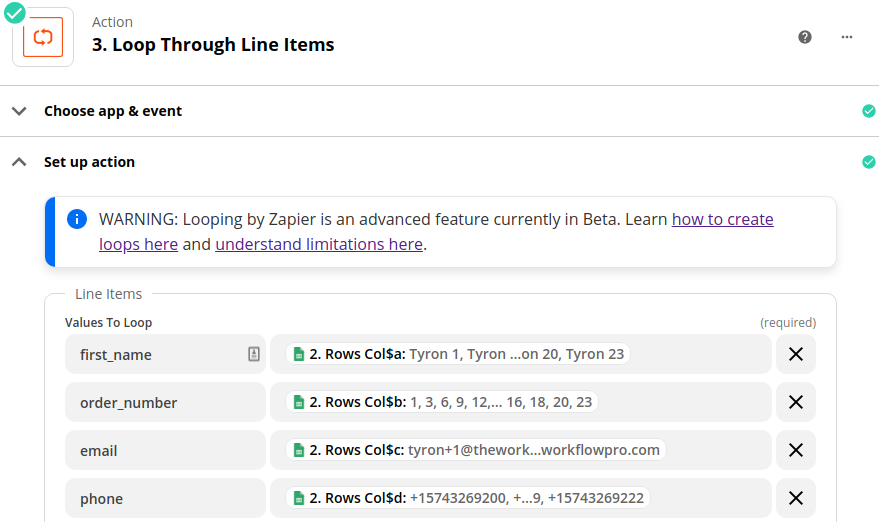 Explore all the ways to setup a Zapier for each loop using the 3 native “Looping by Zapier” actions or your own custom definitions within “Code by Zapier” actions in Python or Javascript and how you can overcome Zapier’s 500 iteration or 10 second timeout limits using nested loops. 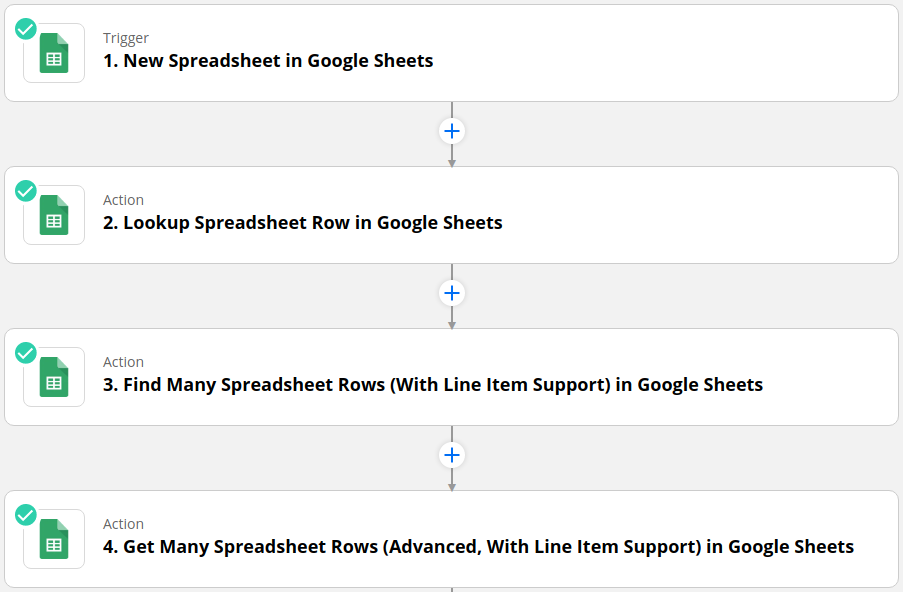 Wondering about the best option for importing your Google Sheets data into Zapier? Or maybe you’re frustrated by the inability of the Zapier Google Sheets actions to import than 20 rows? Well, then you’ve come to the right place! This post will walk you through the best way to import data from Google Sheets into Zapier based on how many rows or how much data you want to import.